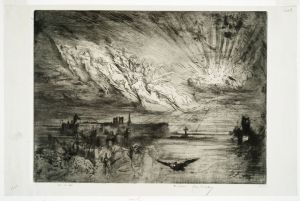 I’m going to try and catch a ghost train in the act of making its annual trip through Southwest Florida.

For the first time in almost a decade, I am following up on a ghost story by hitting the field. I won’t be doing it with ghost hunter equipment or in some way trying to collect data for evaluation.  Instead I am going to track down a ghostly legend and try and experiencing it in the moment it happens.  As I have said quite often lately, there is nothing wrong or inherently irresponsible in legend tripping, and this Halloween I am looking to be at the right place at the right time.  Getting back to the heart of the haunting.

To try and convince the nonbelievers of tripping and maybe offer a blueprint for the best practices, I’m going to document my approach in the week leading up to it; a day by day account of how to go from story told over a campfire to standing under the moon waiting for a ghost.  I’m also going to be posting some stories related to the haunting, including some related to the theme of railroads and the paranormal.

It will not be as involved as it could be given the timeframe, but it should be an interesting ride.

The Basic Folklore of the Haunting

According to the 2002 book Ghost Stories of Venice by Kim Cool, an old steam locomotive carrying the Ringling Brother’s Circus into town can be seen every Halloween at midnight.  Venice, Florida, was the winter home of the circus starting in the early Sixties until the 1990s when the tracks fell into disrepair.  People and parts, and the wild animals, would make their way into Southwest Florida after a successful season via railway and pitch their tent at the Venice Arena.  For reasons unknown, on Halloween a ghost train can be seen flying over the tracks leading into the town, and the sounds of animals can be heard after losing site of the spectre.

The haunting, however implausible, is romantic and appealing.  From local legends to the famous Lincoln Burial Trip, the enduring image of the ghost train has to be about as American as it gets.  There are multiple versions of these sightings in true haunting books and folklore, and there are different variants.  People see phantom rail workers, ghost lights on tracks, and marry stories of accidents with tall tales of child angels saving helpless drivers (more on that later in the week).  It  would make sense that we are drawn to these stories, and trains play an important part in our development of the country.  They connected cities in the Northeast before going on to connect the expanse of our nation.  Their rise lives alongside the settling of the western part of our country, so the two are forever joined.  They are also the spots of accidents and tragedy, so it is only natural that there should be ghosts in these locations as well.

The legend of the Ringling Train does not stand out as solid as presented by Ms. Cool, but that is not to say it isn’t true, which is not really the point anyway.  It has only a brief mention in the context of some other stories about the circus and offers no eye witnesses or sources to the legend.  That, however, is not the tone of Ms. Cool’s book, lending itself more to a history of the town and some of the people in it rather than an in depth look at the stories themselves.

There are some glaring problems with trying to experience the Ringling Train.  First, where is it seen?  It would seem from the way she wrote the story, the train can be seen going through the depot, which is no longer there.  Does the train still make its appearance even though the stop no longer exists.  Again, the text speaks of it in present tense, but it was written in 2002.  However, it references the depot as being torn down.  The other main issue is the time of the sighting.  Why did it appear on Halloween?  Did that date have some significance to the circus?  One of my students points out to me that it is also unclear whether the train can be spotted on midnight on the 31st or midnight on the 1st.

I’ve created a to-do list of what needs to get done before Halloween.  I’m sure this will grow as the week goes on.

One thought on “Tripping a Train, Day One”

Too weird…I was looking to see if I could find any info for #whistlingpastthecemetery from old @fatemagazine articles. I haven’t opened these in years, and I opened right up to Dave Hoes story on #astorflorida…I might have to go back and edit up the book…
Would love to know from my witchy friends what plans you have for this full moon…
Is it morally okay to play the ghosts of children?
Playing #hauntedhideandseek with the Richardson children…and reading a little #goodnightmoon in Arcadia…
Something odd happened while visiting the Richardsons…
A little #hauntedstatue and #RAF time before playing with the kids at #oakridgecemetery.