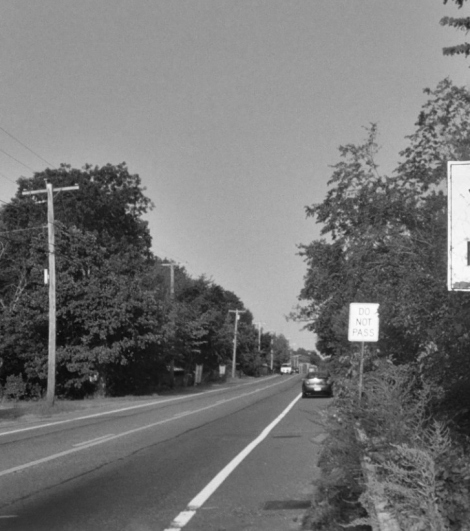 I first published information about Rockadundee Road in early 2oo2 as I was starting Massachusetts Paranormal Crossroads.  It was one of the first Massachusetts legends, right after the Red Headed Hitchhiker of Route 44, that connected with me and that I was able to, to some  some degree, track down.   It’s interesting how this story went from an obscure legend passed through the writings of a few Web sites back in the day to a full fledged legend.

The greatest moment of local folklore is the moment the story becomes such a part of a community, or such a menace to it, that media outlets and other writers have to come forward to prove the legendness of it.  Here are some more modern accounts of the story and the craze around it:

Suburban Legend: The Haunting of Rock-a-Dundee Road  by Hell’s Acre

In Massachusetts, there is the tale of Rockadundee Road in Hampden, a small town in the western part of the state that could be copied and reproduced as a picture of New England.

It is the kind of road, formerly part of the forest that now surrounds it, that inspires ghost stories.  Urban legends stick there and get passed between residents and paranormal enthusiasts alike.

The more bizarre stories involve an old witch who lived on the road who needed humans, particularly teenage, for rituals and incantations.  She would find people who became stuck on the dirt road, hack them up with an ax, and bring them back to her shack in the woods.  There is also a tale of a group of teenagers who went to the road, and for reasons unknown, and hung themselves from the trees along the road, perhaps hoping their spirits would haunt the town together.

The town reports no teenager who ever went missing or a group who ever killed themselves in a mass ritual, but the legends persist.  All of the stories coming out of Hampden are echoed across the country in other legends, and the themes of the stories should be familiar to anyone who spends any time near a campfire.  The hanging, the witch, the haunted road, and the use of teens in all the stories, resonate with urban mythologists and researchers alike. 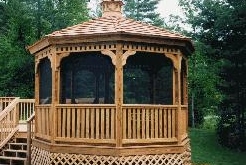 There is one story that has a twist unique to Rockadundee Road.  The story starts once with the death of a child, usually a young boy.  While playing near the road, the child is hit by a car, almost always said to be a drunk driver, and killed.  The parents, or maybe the community, create some kind of memorial for him.  The site of his demise is covered with signs, a cross, or teddy bears.  The ghost of the child then becomes like the ghost hitchhiker, appearing in cars or seen playing on the side of the road.

The story is pretty standard, and more and more investigators are hearing of haunted roadside memorials. At Rockadundee Road the victim is a boy killed by a drunk driver whose parents, in their grief, built a gazebo as a memorial. The boy is seen playing in the structure or nearby.  The story goes on that a group of teenagers suffered a mysterious death while jumping on the gazebo as part of a dare.

In almost every report, like most haunted road graves, there is also a ghost car that follows people in the same area.  The phantom vehicle comes from behind, often honking at the observer or flashing their lights.  The car disappears going around the next turn.  In Hampden the haunted tailgater has been reported to run people off the road.  Most believe the car to be the one that killed the child.  The psychic impression of the violent demise is trapped on the road and is forced for some reason to replay itself.

The haunting seems too good to be true and involves a situation too familiar to not connect with the majority of people.  We have all seen the memorials on the side of the road and wondered what the back story is.  When the deceased is a child we become even more empathetic and more likely to believe the story.  We feel for and are frightened by the little boy unable to find peace.

There are usually contradictions or inconsistencies involved in the story.  The driver is said to be drunk and never caught.  There is also the fact that no one ever reports of seeing both ghosts.  The stories are always retold as, “I saw this and I was told this is the reason why and there is this other ghost…”  The teller fills in the holes, making the story more exciting.  Most importantly, the same haunting is told and told again in different towns around the country.

The dark and lonely road is enough to inspire fear in anyone, but on Rockadundee Road, the haunted road is raised to the level of art form.

One thought on “Revisiting Rockadundee”